“I love helping my team. When they're successful, I'm successful.” 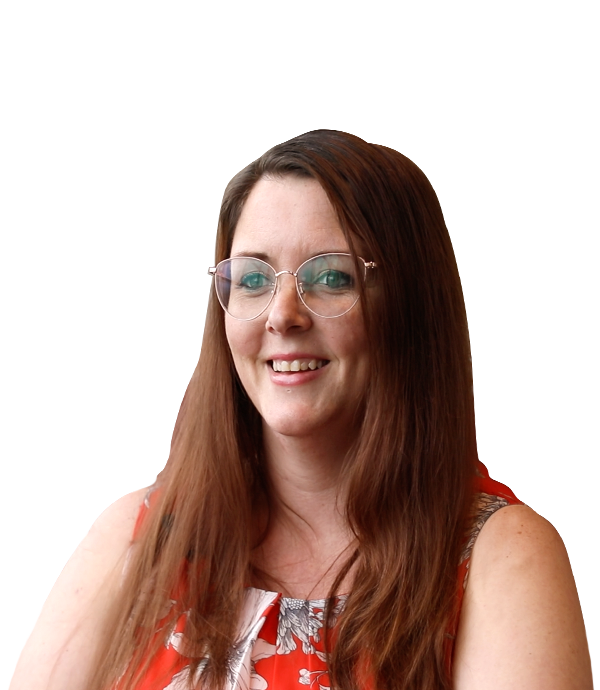 What does a theme park have in common with a Title company? If you ask Ali Braun, it’s more than you think.

After 15 years of working in a Florida theme park, Ali is now the implementation manager for Celebration Title Group, a place where dreams come true, and every closing ends with a confetti cannon.

“It's a big day—you just spent a whole lot of money on the place you're going to call your home. We really want to make that experience special.”

“That's where we try to set ourselves apart,” says Ali, “by creating that whole experience and making it the most seamless process for the agents and the clients—all the way to closing.”

Ensuring an easy closing process is a big part of Ali’s role as implementation specialist at Celebration. She finds ways to improve the Title experience and rolls out new processes across more than 60 Celebration Title locations.

“I was a stage manager in entertainment, and now I get to stage manage a Title company.”
Ali Braun
Celebration Title Group, Florida

But Ali is very protective of her team—she won’t bother them with an untested integration or a half-baked idea. “They're busy. They're closing files. I don't want to come in with something that's messy,” she says.

So when Ali describes the implementation process of CloseSimple—and what it’s done for her team—she counts it as a success.

It's only worth it if it works.

When Ali first heard what CloseSimple could do, it sounded promising.

It would integrate with their existing SoftPro Title production software and automatically send progress updates via text and email to the agents, buyers, and lenders involved in every closing. With over 500 files a month running through their offices, this had the potential to eliminate hours of busywork.

But Ali knew CloseSimple was only worthwhile if it actually worked smoothly, with minimal interruption to the way their processors were used to working.

“We went into it saying, ‘This is how we operate right now. How do you make it better?’” says Ali.

“We’re really diligent about making sure that it's a seamless transition,” says Ali.

After a few months of preparation, CloseSimple helped Ali launch to a pilot group of Celebration Title processors. Soon they were rolling it out across their entire organization.

What has CloseSimple done for Celebration Title Group?

“It's made us more efficient,” says Ali. “They're not having to send multiple emails —and it makes it possible for them to do the things that they need to do.”

The CloseSimple integration has solved communication breakdowns caused by customers who’d forget to check their email (they now automatically receive text prompts as well). And it’s freed up time to focus on tasks unique to the Florida real estate market, like having a lot of elderly clients who need to be carefully talked through their questions.

“We really do genuinely care about the people that are involved in the transaction.”

A win worth celebrating

The confetti cannons at Celebration Title aren’t just a show for clients. They come out for the team’s own birthdays, accomplishments, and milestones as well. The confetti represents their approach to work and life. “We show up 1000% for each other,” says Ali.

That’s why she’s so careful not to shake up the routine of Celebration’s Title processors unless she knows it will be truly worthwhile.

“We did a slow intro of CloseSimple,” she says, “but now that it's there, I don't think they would want it any other way.”

Would Ali recommend CloseSimple to other Title companies?

She says yes: “It's going to help you be more efficient. Try it and see how much more time you have to do more files, and do more work—and do better work—and have happy clients and happy agents, and all of that.”

“I love helping my team,” she adds. “As long as they’re happy, and things are running smoothly, then I'm doing something right. When they're successful, I'm successful.”

Ready for less work and more reason to celebrate?
Discover the power of CloseSimple.